What Did You Expect? Heartland Rock? 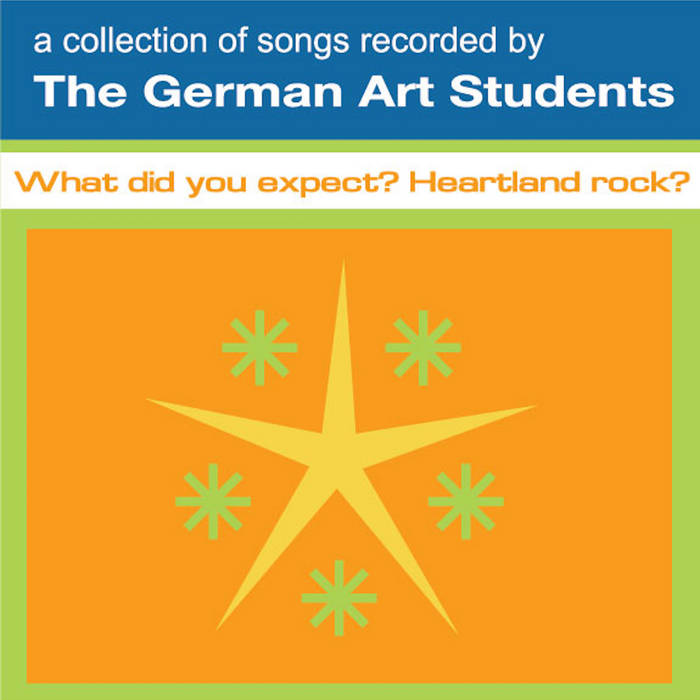 2017 is officially the year of GAS as we celebrate twenty years as a band. To recognize this special anniversary, we present the re-release of our 1999 out-of-print first record "What Did You Expect? Heartland Rock?" with two new tracks.

This is a great DIY release. Very minimalist pop-injected songs predominate with demented and twisted lyrics. "Civil War Re-enactor" had me wiggling on the floor to the power pop deliciousness and gut-bustingly ridiculous lyrics.
GREG SAHAGIAN - THE BIG TAKEOVER

A friend of mine tried to argue that they weren't DIY because they’d obviously practiced. This is the attitude that makes indie rock suck so hard. Their technical performance was flawless. Adding to the musical mastery was a line from “Civil War Re-enactor” -- “You drink the whiskey / I’ll cut your leg off.”
SAARA MYRENE RAAPANA - ACTIONMANMAGAZINE.COM

The German Art Students were my first favorite local band. From the time I saw them I was hooked. They aren’t really your typical pop band. They write quirky songs with titles like “Disgruntled Figure Skating Judge” and “Civil War Re-enactor,” but that’s exactly what makes them so entertaining.
KIKI'S MAGICAL MUSIC REVIEWS

Much like the parade of New Wave bands that spread equal amounts of pop and snot across the late 70’s music scene, the local quartet hold nothing sacred. Civil War reenactments, self-righteous lefty artists, twee baroque-rock bands: They sneer at ‘em all.
TOM LASKIN - ISTHMUS