The Power and the Trust 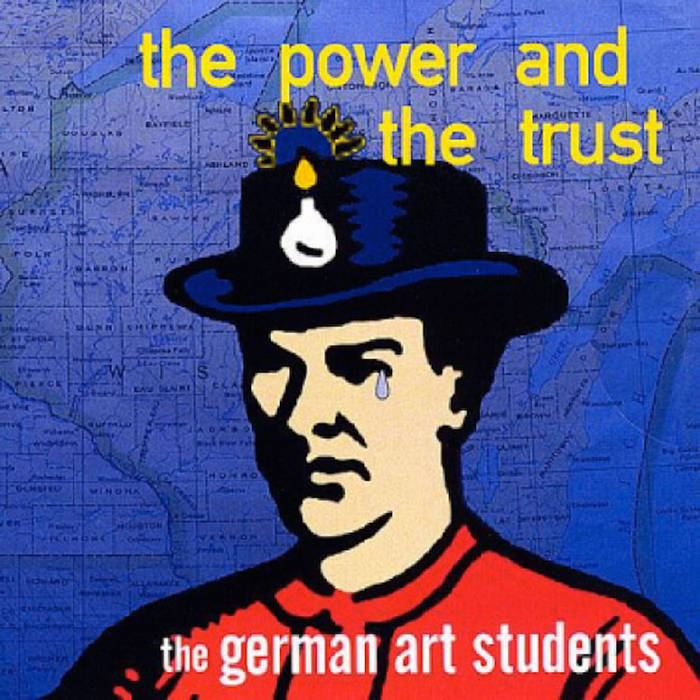 The German Art Students are a band from Madison, WI. GAS has been known for their “Bremen” accents and been called “New Wave Weirdos.” They have caused unrest among Civil War Re-enactors and Steve Vai fans. The group now adds protest music to their varied repertoire. On the new 4- song EP, The Power and The Trust, GAS fights the power, goes whale watching, visits outer space, and gets saved.

While lyrically akin to acts like Devo or Jonathan Richman, The German Art Students’ sound is reminiscent of the pure power pop of the Buzzcocks and the heavy drive of X and The Undertones. Their live shows have always packed a wallop.
-Aaron Scholz, Dane101.com

The German Art Students are a prime example of Madison bandhood, writing and playing defiantly fanciful power- pop for many years. Perhaps because they generally treat the band as a creative escape, life hasn’t worn down their distinctly smart-assed approach to songwriting or sent them off the trail of bright, new-wave guitars and perky rhythms.
-Scott Gordon, The Onion

The German Art Students have turned out to be one of the best bands out of Madison in the ‘00s for their punky, catchy songs, clever lyrics and wry sense of humor. -Katjusa Cisar, The Capital Times

You might expect a band Named The German Art Students to sound a lot like the minimalistic, synth-obsessed electronica of Kraftwerk. Think again: They’re more rock ‘n’ roll than anything you may have heard in a while. Throw in some jangle-pop guitar hooks and New Wave influences and you’ve got a thoroughly addictive recipe, one that’s been fueling Madison venues for more than a decade.
-Isthmus